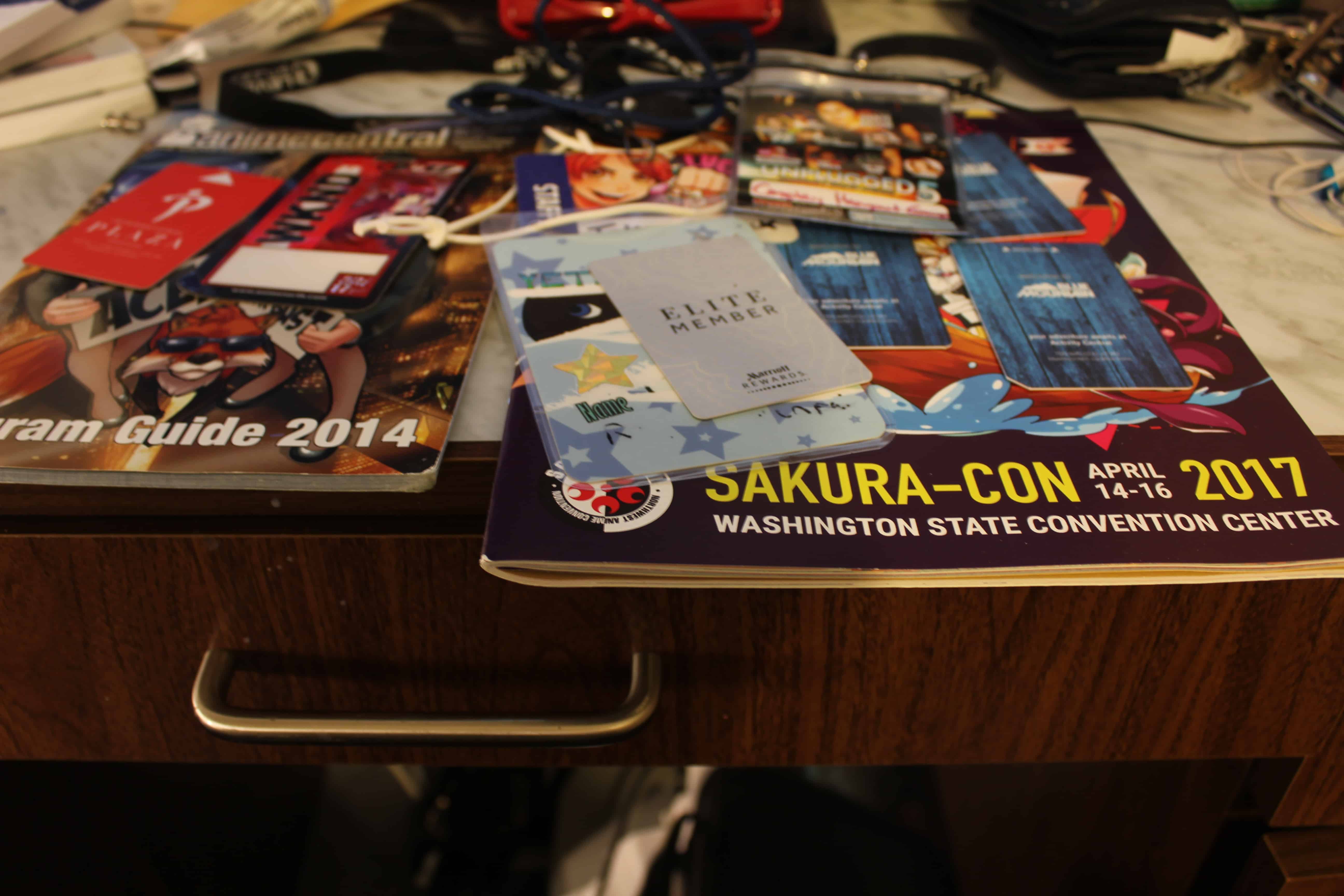 Are your dream conventions like Katsucon and Colossalcon out of your reach financially? Not to fear. I will show you how to easily afford ANY Anime convention!

I’ve seen it countless times – cosplayers wishing they had the money to attend that Anime convention they keep seeing on their Facebook or Instagram feeds. Either that, or they spend all their money going there and end up being broke or in debt. Neither of these things are good!

But you don’t have to daydream or drain your bank account to do so. I’ve travelled to many conventions outside of my hometown in Toronto, several times a year. I have a full-time job now so that always helps. But even when I was a poor college student, I still managed my money and enabled myself to attend out-of-state conventions.

So how much does an Anime convention really cost? Let’s get started!

Hotel/Accommodation: $0 to $400 for the whole weekend

Travel costs: $20 to hundreds of dollars

Swag: $0 to whatever you can spend

So if you really wanted to, you only need $80 or less to enjoy an Anime convention. If you tell me you cannot save at least $80-$100 within a year for a con, then something is seriously wrong with your financial life, and you need to get that sorted out first!

Now, is it ideal to spend only $80? Absolutely not. You’ll have a much better time if you have more flexibility with your budget.

I’ll go into each category in further detail, and from there you can decide how much you want to allocate for it:

Registration – The cost of buying a convention pass. If you only go for one day, it’ll be around $30. But most likely you’ll be going all three days, so the cost will be closer to $60-$80 for most cons, and up to $100 or so for the most expensive conventions. Other than buying an early pass, there’s not much you can do about the price. However, it’s one of the cheaper expenses, at least compared to the hotel or travel costs.

Food – You’ll need to eat and stay hydrated during the convention, so be sure to factor in the costs for food. If you really wanted to penny-pinch, I’d say you could find $5 meals twice a day. So $10 a day for food, which would equal to $30 for the entire weekend. However, I recommend not going cheap for food. Don’t resort to the crappy $2 ramen and snacks diet that I see a lot of congoers do at conventions. It’s horrible for your health, and do you really want to feel dehydrated and fatigued during the event? And you’re on vacation man; treat yourself to some decent food!

For me, I typically go for three meals a day. I don’t spend too much on breakfast, but for lunch or dinner, I don’t mind spending $20 per meal at a restaurant with some friends or people I’ve met a con. So I probably spend $30-$40 a day on food; $100 in total. Some could spend up to $300 on food and drinks. But hey, life is sweeter with good food with good friends.

In the future, I’ll do a blog post about eating healthy during a convention. But usually there are chain restaurants like Subway and Chipotle nearby. Go for their chicken salad bowl; it’s “relatively” healthy and pretty inexpensive.

Hotel/Accommodation: Paying for a hotel room will be one of the biggest expenses of your Anime convention trip. It can range wildly, depending on how expensive the hotel is and how many roommates are staying with you. If the convention is in your local area, you can eliminate the hotel costs entirely by traveling from home. You won’t get the full “convention experience,” but at least you’ll save a lot of money. Based on my experience, most hotels at convention rates are about $150-$200 a night. So let’s go with an easy number and say with taxes, the total cost for a hotel room for two nights is $400. Now if you’re the only one lodging in that hotel room, you’ll have to pay the $400 by yourself, which is a lot. But if you had a friend to share that room with you, that cost goes down to $200. And if you have 3 friends, it would only be $100 for each person! So having roommates for your hotel room makes a huge difference in costs. Don’t take it too far though; trying to pack way too many people in one hotel room is not only illegal, but it ruins the quality of your stay.

Travel Costs: Your travel costs can be very cheap to extremely expensive, depending how far the con is away from you. If the convention is in the same city, it can be as cheap as only paying to take the bus to and from home. Assuming a fare is $3 per trip, it would cost $6 a day, meaning less than $20 for travel costs. However, I would budget for $50 if you need to drive or take a cab around the convention.

Of course, you’re probably wondering how much you should save if you’re attending a convention outside of your home city. There are several different ways to save on transportation: buying Greyhound or Megabus tickets when they’re on sale, driving to the convention instead of flying (although it takes longer), splitting the gas bill with your hotel roomies, taking Uber instead of a typical taxi, etc. I usually spend less than $100 on a Greyhound ticket, round trip. I’ve also spent max $100 when I drove to a convention, especially when I had friends in the car that split the gas bill with me. Now, if you need to fly out to the con, then it gets more expensive. You’re looking at least $300, and probably closer to $500-$600 if you’re flying from coast to coast.

So how much should you save for travel costs? My rule of thumb is: $50 if it’s a local convention (that’s on the high end), $100 if you’re driving or taking the train or bus, at least $300 if you’re taking a plane to the convention.

Cosplay: Alright, so you don’t have to technically cosplay at a convention. This expense could be $0 if you wanted. But I highly recommend you do so for a better experience. Just like going to a Halloween party, you’ll find it easier to fit in and socialize with other cosplayers while in costume yourself. You can just buy a cheap cosplay on Aliexpress or eBay. For example, this Naruto outfit is only $23! Buy yourself a blond€ wig to go with it, and it’ll be around $50 for the whole cosplay.

If you go for a higher quality or elaborate costume with more expensive material (e.g. Worbla), the price of the costume will definitely increase. A cosplay costing several hundred dollars is not uncommon.

Travel Insurance: It’s a small expense but VERY important to have if you’re leaving the country. Especially for my Canadians who travel down to U.S. cons. In the event of an accident where you need hospital care, you do not want to be the one paying for expensive medical bills in the United States – without insurance, you will be left in financial ruin! For about $25 or so, travel insurance will cover you in case this happens. If you get in an accident, the insurer will either fly you back to your home country to get treated, or pay for the medical bill in that country if it’s necessary for immediate hospital care. Like I mentioned travel insurance is really cheap, like $25 or close to that. If you have a pre-existing medical condition, it’ll cost you more. But it is important and mandatory to have travel insurance if you’re attending a convention outside of your country.

Alright, so that’s all the expenses. Now that we have a better idea of how much an Anime convention costs, I’ll use myself as an example to show the expenses I paid to attend Anime North in 2017:

Registration: $60 – Last time I checked, a 3-day pass for Anime North was $60. Pretty cheap considering how it’s one of the largest Anime conventions in North America.

Travel costs: $30 – My friend rented a car to transport our cosplays, video games and booze to our hotel. It was about $30.

Cosplay: $0 – I didn’t make any new cosplays for Anime North 2017, so I had no expenses for cosplay.

As you can tell, my expenses for Anime North 2017 were typical of someone attending a large, local Anime convention. I spent more on food and the hotel than average, but I also spent less on swag and cosplay than most people. So my expenses worked out to be similar to the average.

Now let’s look at other examples to give you an even clearer picture:

Travel costs: $18 to take the bus there and back

Cosplay: $100 – If you’re going to large con for 3 days, you’ll want to wear at least one cosplay during the weekend. For $100, guaranteed you can make or buy a decent quality cosplay.

Travel Insurance: $25 – Again, absolutely mandatory. Don’t even think about crossing the border unless you have travel insurance with you.

If you have money to splurge, your budget will look like this:

Food: $300 – Don’t even look at the alcohol or restaurant bill

Hotel/Accommodation: $400 – Staying either by yourself or in a penthouse room. Or both

Travel costs: $400 – Flying to a convention far away

Travel Insurance: $25 – You’re wealthy but not wealthy enough to pay a hospital bill out of your pocket

How to obtain the money needed for a convention

Now that we know how much it costs to attend an Anime convention, and with the average cost around $300-$600 per convention, how do you go about getting this money?

If you work a full-time job, you will have no problems affording an Anime convention. Even if you’re working a minimum wage job, and even if you saved just $20 a week.  For example, the minimum wage here in Ontario is $14/hour.

So again, if you save just $20 a week for 3-4 months, you’ll be able to afford a large Anime convention weekend getaway from home. And if you save $20 for 6 months, you can afford to attend one outside of your country! To me, that’s very easy and achievable to do.

Here are some other cosplay-related methods to earn money towards an Anime convention:

Take Cosplay Commissions – If you make your own cosplays and have the time, you could generate income by making someone else’s cosplays. There’s people (like myself) who either don’t have the time or the skills to sew, and would gladly pay someone else to do the work for them. When you take a commission, be sure to charge not only for the material but for YOUR time and labour to produce it.

Start a Patreon – I have no experience with this, but I’m sure this is another way to make money for an Anime convention. Moderately Okay Cosplay makes over $4000 a month! So if you can generate a fan base to support you, Patreon can work.

And there you have it. You now know how to easily afford any Anime convention you wish to attend. Now stop dreaming and start packing for your next con! Leave a blog comment and let me know how much you’ve spent at an Anime convention. 🙂 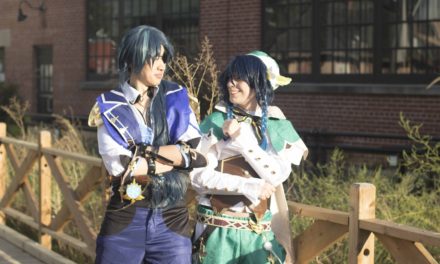 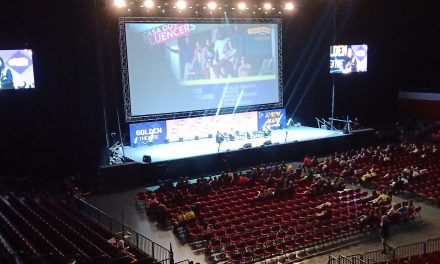 What’s It Like To Attend A Con In Portugal?