Cosplay photography pass at conventions…will it be the new norm soon?

In a previous post, I talked about the difficulty of setting up photoshoots outside of conventions and the convenience of doing one at a con. But are there alternatives?

What if conventions catered more to photographers and made it more…photoshoot-friendly? What about charging for a premium cosplay photography pass? Have photographers pay an extra fee and give them what they want; private, exclusive areas to shoot?

This could be in a fancy ballroom in the convention hotel. Or a cordoned-off section of the convention centre that’s not only secluded but beautiful as well. Imagine getting to use the gazebo all to yourself at Katsucon…Or getting to shoot in the nice ballroom at Youmacon? 🙂

A cosplay photography pass would also solve some of the problems that occur at conventions: photographers taking up the entire hallway to do a photoshoot, or random attendees interrupting a shoot (which is one way to piss off a cosplayer/photographer). To be honest, I think a lot of photographers would be down for this. A couple of cons have already implemented a photography pass, and there seems to be a demand for it.

Will this actually be the new norm?

Will this be a trend though? Probably not. Because as cool as that would be, implementing a photography pass would not be financially practical (as odd as that seems). You see, it’s pretty expensive for convention organizers to book any amount of room space, which is why you don’t see many conventions booking the entire building of a convention centre. And charging a fee to participating photographers wouldn’t cover the entire cost of booking extra rooms for photographers.

I believe if a premium cosplay photography pass is not implemented properly (i.e. no exclusive offers and just a right to shoot at the convention), the pass could be perceived as “punishment” to photographers who want to financially support their hobby. Here’s what one of my cosplay photographer friends had to say:

“I do photography in general because it’s my passion and I charge a certain amount during cons to save me on some of my gears (and) con expenses. It’s up to the con organizers if they want to enforce photographers to buy (a) special badge to do shoots in their cons…

(but) for me it’s stupid because as per myself, I’ve been a media practitioner and I believe that enforcing that thing to photogs is like suppressing our rights to take photos and maybe make a little money on (the) side. I respect the con organizers if that’s what they want to do but I won’t support that and won’t be paying for a badge to do my craft in their con. Even if that will guarantee me business (more like a no). I still won’t do it! I can just lobby at their con and book shoots on the side if I want to.” – BigTofu

But BigTofu makes an interesting point – If no exclusive rights or benefits are given with a photography pass, then photographers will just shoot outside of the premises. It’s pretty much impossible to enforce a photography pass if the convention involves outdoor space, because what happens on public space is fair game. Like lobbyconners, there’s always going to be people who will try to avoid buying a badge like the photography pass.

So in short, a photography pass would be difficult for conventions to implement, not only for photographers to buy into the system, but to also provide benefits without spending extra money they don’t have (many cons depend on several volunteers). So maybe we can’t win if cons started charging extra.

But it’s not impossible.

As mentioned earlier, some cons have already implemented a photography pass. At Anime Weekend Atlanta last year, the con required photographers charging for shoots to purchase a photopass. At ColossalCon, you also needed a photography pass in order to shoot in the nicer areas such like the swimming pool. My buddy at OOC Photography didn’t mind paying extra at ColossalCon:

“I buy a photographers badge for Colossalcon and it lets me skip lines to get into places and I get access to the water park earlier for shoots…I wish more cons did that.” – OOC Photography

When I posted my article about Sclass, one commenter told me about these two conventions that happen in Poland – Foto Con and PixelMania. It’s interesting because both of these conventions focus EXCLUSIVELY on cosplay photography. They find very beautiful settings and areas for cosplay photography and allow their attendees to take advantage of it. Sounds like Sclass right?

Well, a huge difference is that while Sclass was a public and free event, FotoCon and PixelMania are invitation-only conventions; you have to apply in order to be accepted as an attendee. You have to show that you’re serious about cosplay (whether you’re a photographer or cosplayer). It’s definitely not for casual attendees who are looking to attend panels or buy things in the dealer’s room.

I’m assuming they made their conventions closed-door in order to limit the amount of people (i.e. impossible to fit hundreds of people in one small photoshoot location), and to make sure no one flakes on their event. FotoCon and PixelMania seem like great cosplay photography-focused conventions. It’s only in Poland though sadly.

But for now…Other alternatives to shooting at a con

If you guys really don’t like shooting at cons…or you’re getting tired of people walking in front of you…or dislike random attendees interrupting you in your photoshoot (don’t worry, it’s happened to me as well), here are alternatives:

Booking a private studio room. This is the most affordable option. You book a studio room in a private building for an hour or two and take some photos there. Some places are cheap, while others can be very expensive. But you control the settings and you don’t have to worry about random weebs interrupting you! Perfect for cosplay groups.

Book a photography permit at a city park. Unless you have a group with you, this can get pretty damn expensive! City permits are pricey.

Setup your own photography backdrop in your home. GinnyDi has an awesome video showing you how to do this. This can save you a lot of time and hassle. And before you say anything, no I’m not plotting to make cosplay photographers out of business. Not at all. In fact, cosplay photographers are awesome and will always be the better option.

Do what the organizer of Sclass did – hold a public event at an exotic venue where you get dream backdrops and awe-inspiring settings. Unless you’re loaded with money, this probably won’t happen often.

Note that I didn’t include shooting in public areas. This is a grey area and whether you need a permit or not is a matter of discussion. While you are allowed to take photos in public, doing cosplay photography for profit is another matter of debate. Yes, tons of cosplayers/photographers do this. Some get away with it, but I don’t want any of you guys getting fined in case your local jurisdiction decides to enforce photography permits, so I don’t want to recommend this. One of my photographer friends almost got fined for setting up a tripod at a public square! So stay on the safe side and be sure to ask/find out before shooting.

Of course, shooting a convention is still the best place for now!

Being able to shoot indoors. I don’t think many people realize how awesome this is. Most of us here in North America have crappy weather for a good portion of the year, and shooting outside is either uncomfortably cold/hot, or the elements make it logistically impossible to take photos. So being able to shoot inside at a convention and not having to worry about the weather is a huge convenience. Yes, it’s true that the lighting can be a challenge for photographers. But many cons have large glass windows where you can take advantage of the natural lighting or the overcast sky.

This is especially true for group photoshoots. You know how hard it is to get people to show up for a group shoot outside of a con? Very difficult! Everyone has their own schedule and it’s hard to coordinate a day and a time that works for everyone.

But when a big Anime convention is happening in your area, it’s MUCH easier to coordinate a group shoot because chances are, everyone is already there and they already booked the weekend off (unless they can only go one day). So the convenience and planning a shoot during a convention cannot be understated.

Being able to shoot at the convention for FREE. Whereas a private studio you have to pay to book a room, at a con you don’t have to pay anything to take photos, other than paying for a badge you were going to attend anyway.

As a cosplay photographer, you can make a lot of money booking multiple shoots in one convention day. This isn’t possible in a rented studio because the amount of time you’d have to pay to shoot all those cosplayers would offset any profit you’d make. So cons are a great place to do cosplay photography business.

So while you’ll have to deal with crowded hallways and sometimes ugly interiors, conventions are still a great place for photoshoots. What do you guys think? Do you feel the future of cosplay photography holds bright for us? Let me know in the comments! 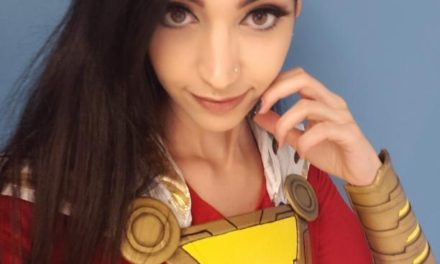 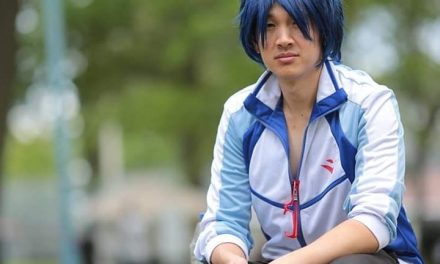 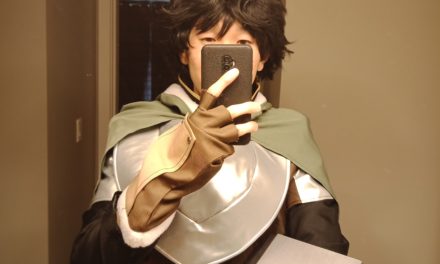 5 Ways To Get Free Cosplay Photos Of Yourself