10 Cosplay Dos and Don’ts You NEED To Know 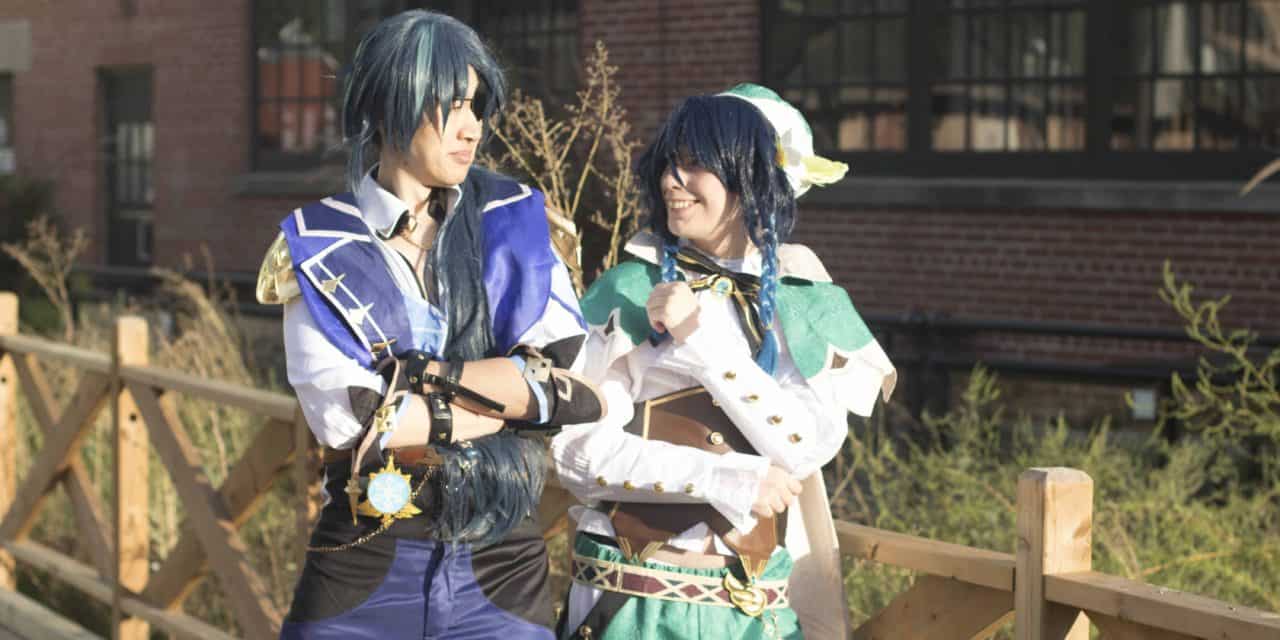 Even for some of the most experienced cosplayers and congoers out there, there are many unwritten rules and thing you should and shouldn’t do in the cosplay community. Especially if you’re new to all this, many of these things aren’t so obvious. Things such as: how do you ask for a photo of a cosplayer? What’s okay for cosplaying and what’s not okay? How much money should you spend on cosplay? Does your cosplay have to be as accurate as possible?

Well, I’m here to answer all those questions for you!

I myself have been cosplaying while also and running events as well for a very long time. So I can say that I have a good grasp of what to do and what NOT to do while you’re cosplaying.

In this post, we’ll go through 10 of the most important cosplay dos and don’ts you need to know. By the end of the post, you’ll have a good understanding of how the cosplay community works, and be able to attend a convention with confidence knowing the most important ins and outs.

Contents hide
1. Don’t: Touch a cosplayer or their costume without permission (Cosplay is not consent)
2. Do: Ask for permission for photo
3. Don’t: Change your skin tone
4. Do: credit your photographers and editors
5. Don’t: Spend all your money on cosplay
6. Do: take a shower!
7. Don’t: worry about cosplay accuracy (unless you want to)
8. Do: Be respectful of others
9. Don’t: feel it’s mandatory to make your own cosplay
10. Do: ask for photos when it’s appropriate
Summary

1. Don’t: Touch a cosplayer or their costume without permission (Cosplay is not consent)

You could have heard this one at a cosplay convention somewhere!

For example, someone broke my weapon prop once at a convention because they decided to swing the sword around without asking me…not cool.

Cosplay is not consent is a pretty big topic, so check out this article to learn more about it. But to simplify things, when it comes to interacting with a cosplayer…always ask for permission first.

2. Do: Ask for permission for photo

Always ask for permission before taking a picture of a cosplayer.

This is definitely one of the golden rules of cosplay. For most of us, it’s like second nature. But if you’re new to cosplay or attending convention, then you must know that you need to ask for permission first, before taking a photo of the cosplayer. A simple, “Excuse me, can I take a photo of your cosplay?” will do the trick.

Almost every cosplayer will oblige, because it is considered a compliment when someone asks for their photo. Think about it; if someone asks for your picture, then it shows your cosplay is good enough for someone to snap a photo of!

Again, it’s considered proper etiquette to ask before you snap a photo. That way, the cosplayer can prepare a pose and look their best before the photo is taken.

With that said, there are times where it’s impractical to ask for permission all the time. Some of these situations include:

I have an entire article regarding photo consent at conventions.

But to sum up what I talk about: as an attendee or photographer at a cosplay convention, be courteous and ask for permission before snapping photos of a cosplayer. As a cosplayer, with so many people at a convention, there might be times where you’re in a photo without you knowing, but that’s to be expected when you’re at a large, public event.

Asking for permission to take a photo – a cosplay rule you should follow if possible? Yes. But it’s also pretty much impossible to enforce in every situation during a cosplay convention.

In terms of cosplay dos and don’ts, this is probably a big DON’T.

You may not know this, but it’s disrespectful to darken your skin for a cosplay. That’s because doing so has connotations to blackface, which is very racist. So if you want to change your skin tone, I don’t recommend it. Or you need to be very careful when doing so. Also, stay away from characters that perpetuate racial stereotypes.

4. Do: credit your photographers and editors

Give credit where it’s due! When you post cosplay photos online that someone else took, it’s considered customary to tag the photographer who took and edited that photo. When someone sees your amazing photo, they want to know who took that wonderful picture.

So when you post their photo, be sure to add in the description at the end: “Photo taken/edited by @photographer.” Notice with the photos I post on this blog, I always tag the cosplayer(s) and photographer (unless it’s a royalty-free photo where I cannot trace the origin). I lead by example.

5. Don’t: Spend all your money on cosplay

As you get more into cosplay, you may be tempted to spend all your cash on new costumes. Don’t do it!

Let’s face it – cosplaying is an expensive hobby. When you consider that many of us buy/create new costumes every year, on top of other cosplay-related expenses – photoshoots, weekend passes, traveling to/from the convention, purchasing accessories and makeup – it wouldn’t be too surprising if your expenses range from hundreds to thousands of dollars per year!

Most people who are able to attend conventions either saved up a lot of money for it, or they worked a lot of hours to pay for it.

People don’t talk about this much, but it’s not fair to compare yourself and expect to compete/cosplay/attend conventions as frequently as a professional cosplayer. Why? Because unlike some people who learned how to cosplay with no money, for professional cosplayers, it’s their job – not only do they spend hours upon hours making costumes like non-professionals do, but they’re also constantly posting on social media, marketing their content, selling prints, consistently doing photoshoots and looking damn near perfect in every photo. Since it’s their job they’re pouring more hours than non-professionals!

So in short, don’t spend too much money on cosplay.

Perhaps technically, it’s not a mandatory rule. But please, for the sake of everyone, stay fresh with good hygiene and smell good for the convention!

Con funk is a real thing at conventions. During a con, remember to follow the 6-2-1 rule: (at least) 6 hours of sleep, 2 meals and 1 shower PER DAY.

7. Don’t: worry about cosplay accuracy (unless you want to)

8. Do: Be respectful of others

Let’s get one thing straight; complimenting a cosplayer on their costume is never a bad thing!

However, if you’re going to complement a cosplayer, don’t do so at the expense of others. Because you never know who you end up hurting when you insult others. For example, maybe that other Elsa cosplayer is her best friend. Or that person you said is skinny…used to not be skinny and very self-conscious of their weight.

A lot of normies do this and while I’m sure they have good intentions, this doesn’t actually compliment anyone.

So the next time you want to give praise to a cosplayer, just skip the need to bring others down at the same time.

I wrote a whole post on the aspects of complimenting a cosplayer. Click here if you want to read.

9. Don’t: feel it’s mandatory to make your own cosplay

For someone new to cosplay, it’s quite the misconception that you need to make your own costume in order to cosplays. Using myself for example, I don’t make my costumes as well. Sewing is a very difficult skill to learn, and if you don’t want to learn how to do It, then that’s totally fine.

There are many cosplayers (including the professional ones) that don’t make their cosplays; they buy them! There are so many reasons why it’s smart and effective to buy your own cosplay and sew one yourself. So you don’t have to worry about being a fraud or fake if you can’t make your own cosplays. Buying cosplays is totally normal!

The only situation where you can’t buy a cosplay is for a masquerade. In that scenario, all costumes must be made by yourself.

10. Do: ask for photos when it’s appropriate

Many cosplayers are more than happy to pose for a photo for you! Nothing feels more fulfilling for a cosplayer than for someone to ask for their photo; it validates their costume and/or crafting work.

However, there are times where you should NOT ask for a cosplayer’s photo (e.g. during a photoshoot, while they’re changing out of costume). You should not ask while they’re sitting down and eating food. Bothering them during this time is not a good idea. Not only that, cosplayers generally don’t want to pose with food in their mouths, lipstick smeared everywhere and wigs are off. It wouldn’t make for a flatting picture anyway.

So wait until the cosplayer is back on the convention floor to take their photo.

To summarize, here are the 10 cosplay dos and don’ts you should know:

And there you have it; 10 cosplay dos and don’ts that are essential to know!

Which one surprised you the most? Let me know in the comments! 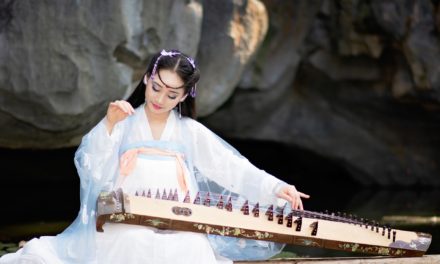 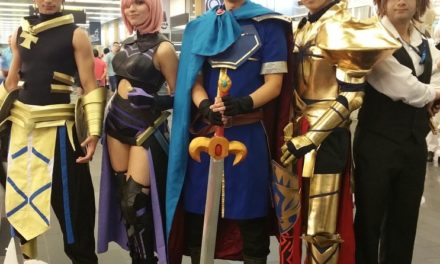 9 Interesting Reasons Why Cosplay Is Fun! 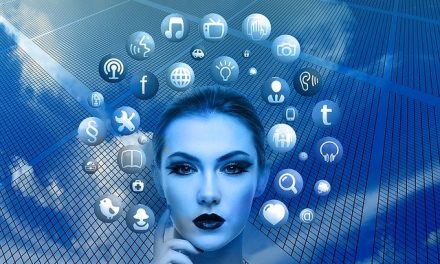 Is Cosplay Bad? Let’s Find Out! 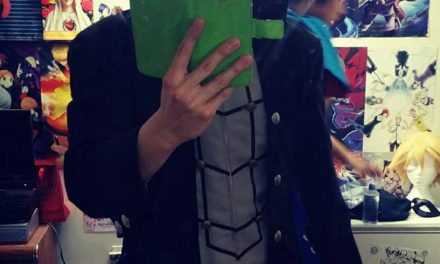