How To Compliment A Cosplayer 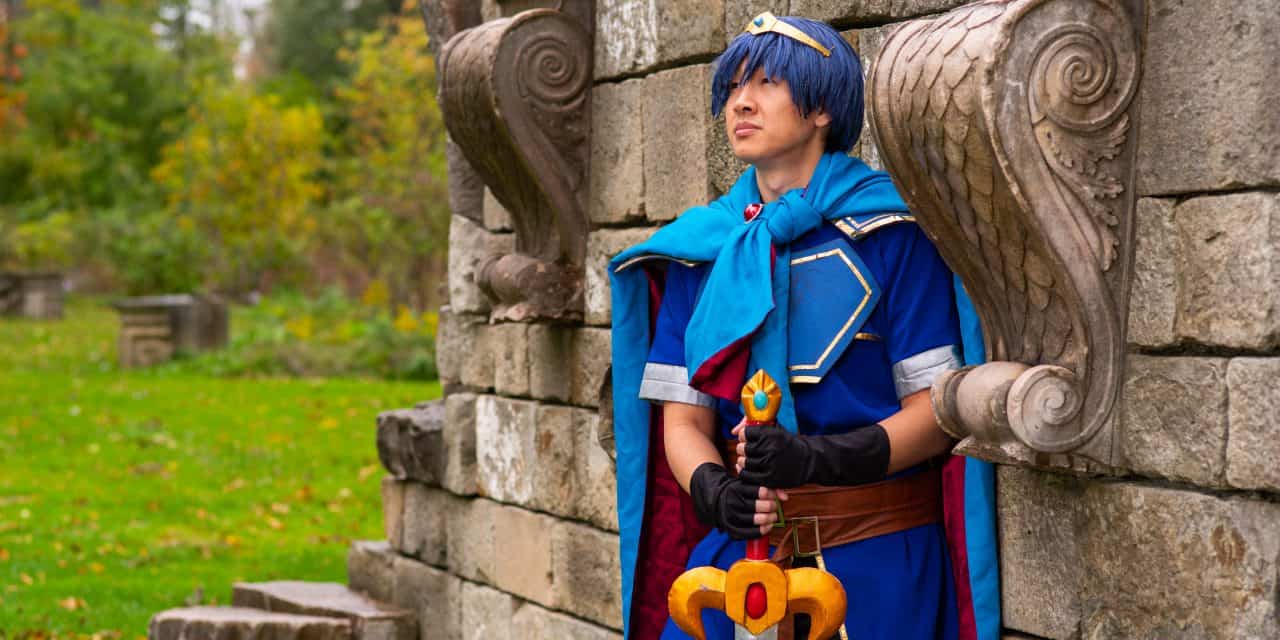 How to compliment a cosplayer!

You would think something like a compliment should be easy to do. Unfortunately, it’s not actually as easy as it sounds. Especially if you’re new to the cosplay community, you might say some stuff that could be offensive or considered an insult, which is the opposite of what you intended!

So let’s answer the question…

How to compliment a cosplayer?

Contents hide
How to compliment a cosplayer?
1. Compliment their COSTUME and nothing else
2. Never put down another cosplayer while complementing someone else
3. Anything sexually-related
4. Sexy-shaming
5. Don’t insult the people around the cosplayer
6. Avoid saying stuff that makes them feel uncomfortable
7. Ask them details about their costume
8. Don’t critique the cosplayer or their costume unless they asked you to do so
9. Be careful with gender-based compliments
Summary

The most important thing to know when compliment a cosplayer is to focus only on the costume itself and don’t be judgmental toward other cosplayers. By saying things such as how hot/sexy they are, or how much better their cosplay is compared to another cosplayer, you might unknowingly be creeping out or offending them. There are a lot of unwritten rules about what not to say to cosplayers.

In this post, I’ll go over 9 ways on how to compliment a cosplayer, and what not to say to them. That way, the next time you see an awesome cosplayer, you can feel reassured that you’re saying the right things to them without worry or prejudice.

1. Compliment their COSTUME and nothing else

If there’s one thing that will make sure your compliment is okay and not offending one, it’s making sure you’re only complimenting the costume itself. This alone will save you all the hassles and potential problems of saying something offensive. After all, cosplaying is all about the costume anyways. And we can always be grateful and appreciative when someone makes an epic costume. How can anyone be offended by that?

Example of complimenting only the costume:

“I love how your embroidery looks on your costume.”

“You remind me exactly of Jinx from League of Legends!”

2. Never put down another cosplayer while complementing someone else

While you might have good intentions comparing that particular cosplayer to someone else, it’s not a nice thing to say. Generally speaking, a compliment should never come at the expense of others. (Bold) So if you find yourself putting someone else down in order to bring someone up, then it’s not a good compliment. The cosplayer themselves will feel this, so it ends up being an awkward compliment. So do be sure to avoid this!

Examples of complimenting at the expense of others

“I like your Byleth cosplay, you look so much hotter than that other girl!”

“Your Marin outfit is so on-point. All the other people who dress up as Marin look so bad compared to you.”

In general, you should refrain from saying anything sexual to a cosplayer.

Sure, they make look hot or sexy which is cool but saying that to them can make them feel really uncomfortable. Many cosplayers get hit on all the time, and saying stuff like that just reminds them of that. Not only that, only complimenting a cosplayer on how sexually attractive they are, can make them very objectified. This can be a very unwelcoming feeling for cosplayer. So generally speaking, avoid sexual compliments to a cosplayer.

“You are so *ing sexy, I love your sexy outfit!”

“Damn your cosplay is so fine. The things I would do to you!”

“Your Cammy booty is as good as in the game.”

So the point is, no matter how you feel about sexy cosplay, you should keep them to yourself!

“I like your cosplay. You look less tacky like those other cosplay sluts walking around this convention.”

“Your cosplay is awesome, it’s so much better than those cosplayers dressed in bikini. They’re not real cosplayers!”

5. Don’t insult the people around the cosplayer

I feel like this one should be obvious, but some people don’t get it (or they’re socially clueless). If a cosplayer you think is cool has friends or cosplayers around them…don’t say anything rude about them! For example, if all of them are cosplaying from Genshin Impact and one of them looks much better than their other friends…you don’t need to point that out! Maybe that one cosplayer is a professional and the others are casual cosplayers..who knows.

One time I was with a cosplayer and someone came up to the cosplayer and complimented how amazing she looked. After showering her with compliments for the longest time, he looks at me and says, “You don’t deserve her.” And walks away. Quite the rude thing to say, especially since I wasn’t even dating my friend anyway!

Again, a compliment for a cosplayer should never come at the expense of others. And in this case, especially with their group of friends.

While it’s totally fine to compliment a cosplayer and how they look, please don’t go overboard with it! If you start saying how perfect they look, and how much you love the character and go on about your whole story about how much that character means to you…I feel it’s too much to giveaway. It’s one of those things you should keep to yourself unless you get to know someone. If you and that cosplayer become friends or even start dating, THEN you should totally talk about your love for a fandom or character!

7. Ask them details about their costume

One way on how to compliment a cosplayer and not come off weird is to ask details about the costume itself. Things such as: how they made the embroidery, how long it took to make the costume or how hard it was to make the costume. By asking these questions, you are complimenting them indirectly by appreciating how well their costume is made. You wouldn’t be asking questions if you weren’t interested or thought their costume wasn’t cool.

8. Don’t critique the cosplayer or their costume unless they asked you to do so

While it’s totally cool to compliment a cosplayer, that doesn’t mean it’s okay to critique their outfit at the same time. I’ve heard of convention attendees that go up to cosplayers and tell them all the flaws with their costume, or how inaccurate their cosplay is to the source material. Why would you do that?!

Unless the cosplayer explicitly asks for a critique (or takes part in a Masquerade), you shouldn’t be doing this. Most cosplayers are at a convention to have fun, not be judged on stage. It’s pretty disrespectful to be saying bad things about someone’s cosplay if they never ask for an opinion. Maybe they don’t care about accuracy, or they’re aware of their costume shortcomings. It doesn’t matter. So unless they want your opinion of their cosplay, keep them to yourself.

“Your Spike Spiegel costume is nice, but he actually has green hair, not brown like the wig you’re wearing.”

“If you used this certain material, your cosplay would be a lot better than it is right now.”

“You’re missing some parts of this character, here’s what is missing…”

9. Be careful with gender-based compliments

This one is a little more complicated to understand. Everyone identifies with a specific gender and it may not be so obvious. So when you compliment a cosplayer based on their gender appearance, it might be okay. But also, it could be the wrong gender that you’ve identified with them. For example, if that cosplayer identifies as a male but you complimented how beautifully feminine they look, they may take offense to that.

It’s not your fault though; these things can be complicated. So I advise to just avoid saying any compliment that involves gender-related.

“I love how manly you look!”

“Your Sailor Moon cosplay is so great. You look exactly like HER.”

To summarize, here are 9 ways on how to compliment a cosplayer, and what not to say to them:

And there you have it; 9 methods on how to compliment a cosplayer.

If you’ve read this article in its entirety, you might be thinking, “Holy crap, complimenting a cosplayer is so complicated!” It really isn’t. Just remember; focus your compliment on the costume itself, and don’t judge other cosplayers in order to make that compliment. If you follow those 2 things, you’re good to go!

If you want to learn more about the unwritten rules of cosplay etiquette, check out these other articles:

Have you ever had any issues on how to compliment a cosplayer? Let me know in the comments below! 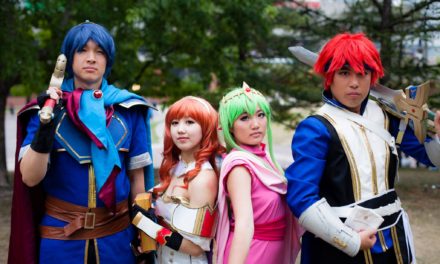 What Are The Benefits Of Cosplay? 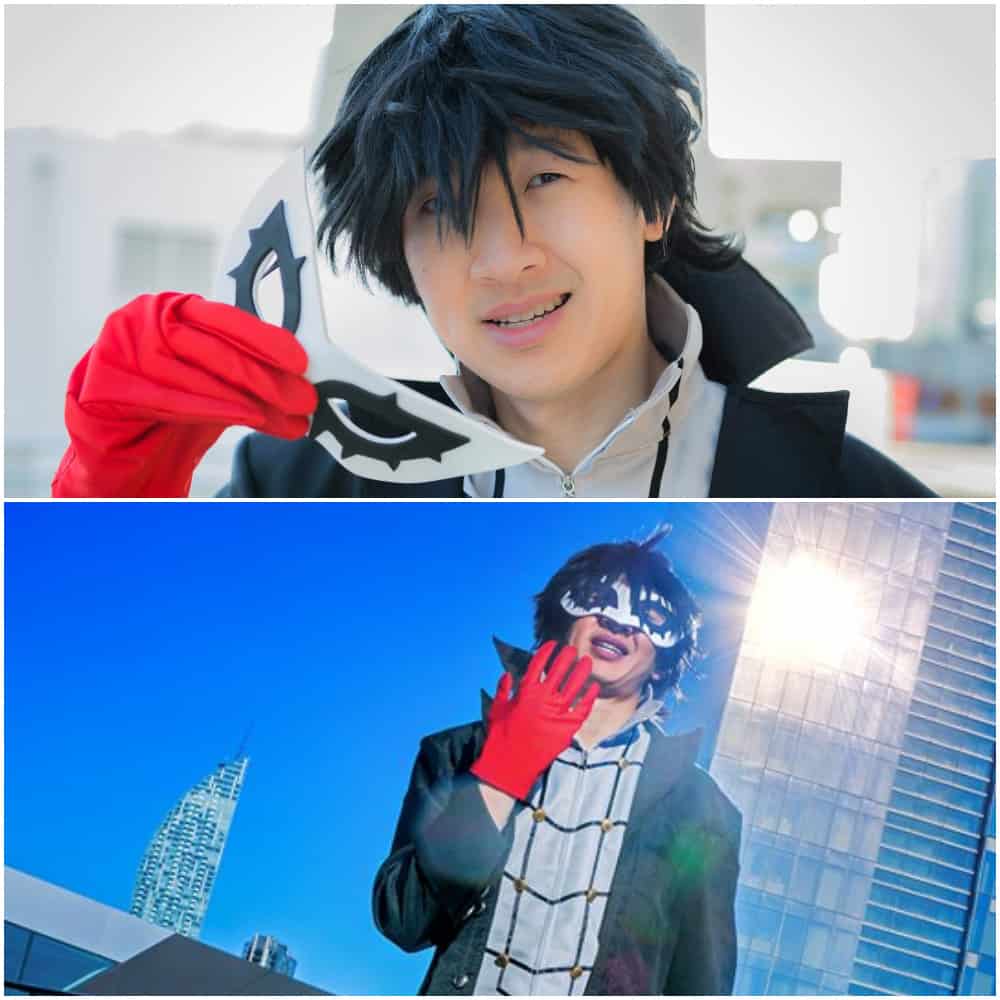 Is Cosplay A Weird Hobby? Let’s Find Out 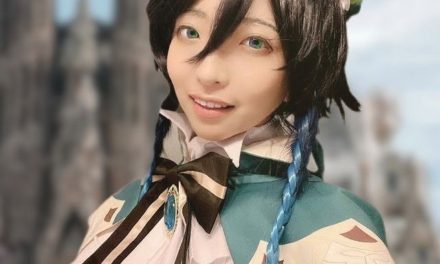 Can You Cosplay Without Contacts? Let’s Find Out