There are definitely some worst convention venues out there!

I’ve been to many conventions and been fortunate enough to be in many con venues. You’d be surprised how different each location is. There have been some really nice convention venues. And there have been places where I dislike.

Today, I’m here to talk about my top 5 worst convention venues! Maybe you’ll attend one of these cons at some point, but at least you’ll know what to expect by reading this post!

Don’t get me wrong; I love Youmacon and I think it’s a great convention. And downtown Detroit is a nice area that’s showing the city to starting to slowly revive after decades of downfall. But the actual GM Renaissance Center is one of my worst convention venues of all time!

To start, this building is a pain to navigate. For example, let’s say you want to reach the 2nd floor from the 3rd floor. Well, you’ll have to take an elevator all the way to the first floor, then take another flight of stairs from the first to the second floor. Basically, you’re going down to go up. And if that escalator is broken, then you’re out of luck because there are no stairs that go directly to the third floor (only emergency stairs which you can’t use in normal circumstances).

For some reason, the GM Renaissance Center always has at least 1 set of escalators broken or under maintenance during Youmacon. So you’re always taking a detour at some point in order to reach a certain area or floor of the convention center. Doing this the first couple of times doesn’t get on your nerves. But when you’re doing this for the entire convention weekend, it really gets irritating.

The elevators at the GM are another problem as well. I talk about the long elevator lines in my Youmacon guide. You’ll be waiting a long time in order to go back into your hotel, and you’ll be fighting for a spot in the elevator during checkout on Sunday. But say you wanted to go from the first floor to the fifth floor. Either you’ll have to wait in line with other attendees trying to reach their hotel room. Or you’ll have to navigate the building and go up a bunch of different escalators that are on different sides of the building. As a congoer, going through the GM Center is like going through a maze!

To be fair though, the GM Center has some things going for it. The building itself is aesthetically pleasing and there’s lot of food options in the big food court in the basement, and a convenience store if you’re looking to drink during the con. But every time I attend Youmacon, I dread having to get around this big confusing building!

As much as I enjoy attending the Japenese Canadian Cultural Centre, I have to say it’s one of the worst convention venues for holding large cosplay events.

I’ve been to this building several times for all kinds of different events, from the Anime North Halloween Dance to other small conventions like Anime Shogatsu and Cosplay Matsuri. Atomic Lollipop was also held here as well. But in my opinion, the Japanese Canadian Cultural Centre isn’t the greatest place for an Anime convention.

This place is just too damn small.  It’s built more like a community centre and not so much for a convention centre. There’s one auditorium and a few rooms that are suitable for a panel and dealer’s room. The biggest area is at the entrance where the hallway is, and that sucks because there’s no place to relax or chill when a convention is happening at the JCCC. I never went to Atomic Lollipop but I am curious to know how they were able to fit so many people in the tiny venue that is the JCCC.

That being said, the JCCC is great for small and upcoming conventions. I’m sure it’s more affordable venue for a con than say, a big convention centre in downtown.

And one nice useful feature is they have a washroom with lockers and benches. It’s meant for the martial arts classes that take place there, but they’re open to convention attendees as well. Those benches are super handy when changing into cosplay; definitely a lot easier than changing in a small washroom stall like you would at most conventions.

And since the JCCC is right beside the highway, it’s easy to reach the convention by car. However, it’s quite a pain by transit; there are no train stations nearby and you have to take a 30+ minute bus ride from a station to get there.

I enjoy Anime North and I find the location very unique for the convention. The proximity to the airport makes it easier for out-of-town attendees to reach AN. But I dislike the Toronto Congress Centre as a venue.  The layout is awkward because you have to walk all the way to the back of the building to enter. Of all the years I’ve attended Anime North, I’ve only been able to enter the TCC from the front like once in my life.

I’ve been going to Anime North for 10+ years and the interior has looked the exact same since. It is super ugly! Maybe aesthetics isn’t the most important aspect of a convention centre, but man the interior could use a makeover. So if you try to take cosplay hallway shots here, they will likely turn out bad because the inside is not pretty.

As for being inside, it doesn’t feel very welcoming either. It feels like you’re at a flea market when you’re in the building; open air, very crowded. I’m only there for the dealer’s room and then I get out of there as soon as possible.

There are some nice things to enjoy about the TCC though. The outside is a very pleasant area to hangout. There’s a huge crowd of cosplayers that mingle and chill around there. So it’s much better to hang outside of the convention than indoors (at Otakuthon people chill in the congress centre but not at TCC IMO). Also, the north building is MUCH nicer and more aesthetically pleasing. They should use that building way more often.

For those who don’t know, the Donald Stephens Convention Center is the main building for Anime Central in Chicago. One day I’m going to write about how eerily similar Anime Central and Anime North are; both take place beside the airport and located in the middle of nowhere. And both have great hotel venues but have convention centres that I dislike.

For example, going from the dealers room to one of the panel rooms takes at least 5-10 minute walk because of all the stairs you have to take to reach it. The front entrance is strange because it’s this gigantic drop off place for vehicles. So attendees are awkwardly standing in this drop off while cars are trying to get by. It feels like a big gigantic hole in the front of the convention center!

Again, it’s not the worst convention center.  One nice feature; there’s an elevated walkway that connects the convention center to the Hyatt Regency, which is the other venue for Anime Central and the main hotel for the con. The Hyatt is a much a nicer venue and I tend to hang around there for most of the con. And Anime Central itself is a great. I highly recommend!

ConBravo! held their convention in Burlington a long time ago, and it was definitely one of my least favourite venues. The location was in Burlington, a small city that’s about an hour away from Toronto. Getting there was a pain in the ass; it wasn’t close to any train or bus station, so getting there by public transit must have been very difficult.

I drove myself and my friends to the Holiday Inn and even for me as a driver, it was a hassle. It was right off the highway and the traffic was insane! So getting there was not fun at all. And unfortunately for me, all the hotels were completely booked in the area, so we had no choice but to sleep in my car for the night. It wasn’t the greatest experience for me.

These days, ConBravo! is held at the Hamilton Convention Centre and Sheraton Hotel, which is much much easier to reach by public transit. And since it’s in downtown Hamilton, there’s plenty of restaurants and accommodations nearby. It’s not the prettiest area, but it’s convenient and way better than the time they held it in Burlington.

Those are the worst convention venues for me!

Doing this post made me realize that while some venues suck, I actually don’t have too many complaints with venues. I suppose a lot of conventions book these smaller and less convenient venues because they’re cheaper for the con organizers. That I can understand. So my next post will be my 5 favourite venues! 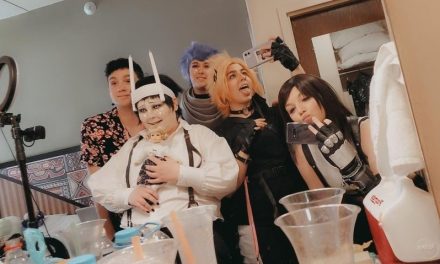 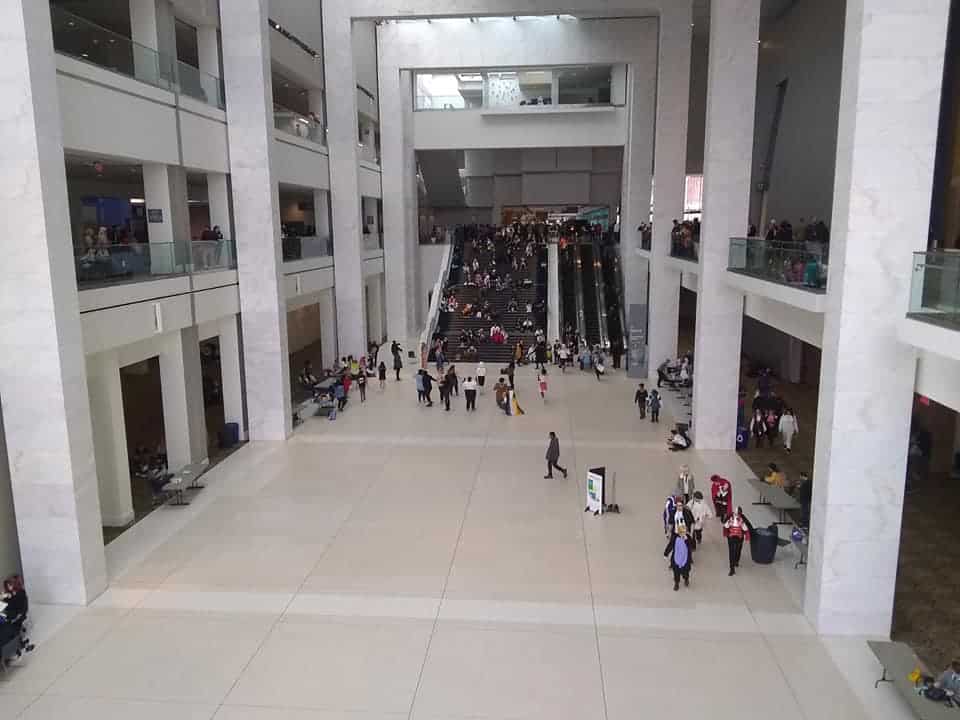