If you’re deciding where to stay at Anime North, this post will definitely help you. I’ve attended Anime North for several years! And I’ve tried a few of the hotels that the convention has to offer:

+Location-wise, the BEST hotel to get. The only one where you can take an elevator right down to the convention!
+-When I stayed, the rooms were either outdated or under construction. But in 2018 I went to my friend’s hotel room at the Delta, and it looked pretty nice. So it’s hard to say if it’s a pro or con.
-As a hotel, it’s pretty average or bordering subpar. I can also vividly remember the Internet wifi being terrible. My friends and I wanted to play Jackbox, a game that requires an Internet connection. And the Wi-Fi was so shit we could barely play. We tried contacting hotel services but they didn’t do much about it.
-A huge minus. In one of the years I stayed at the International Plaza, I was checking in and they mentioned that they were out of double beds, even though my reservation said I got the double beds. Not only that, they also said I got the last king bed in the building. Meaning that if I showed up just a few minutes later, I would have been forced to stay at another hotel, even though I booked a room with them over a year ago!

-Slightly more expensive than the other hotels around the convention

Overall: Because the Delta is the best located hotel at AN, that alone is why this hotel is usually the first to sell out. So if location is important to you, then go for the Delta. However, as an actual hotel it’s below average, based on my experience.

+Still relatively close to the convention
+Tends to be slightly cheaper than the other hotels nearby
+Free parking! (At least when I booked it this year)
+Not as crowded as the Delta hotel, so you get somewhat close proximity while not being too crowded. You won’t have to worry about fighting to get a spot in the elevator during checkout.

-Will need to walk a distance to the Sheraton and especially to the Toronto Congress Centre and Delta. (NOTE: There’s a shortcut up the highway bridge, but it is not the safest method and certainly not an option for people with physical disabilities).

Overall: The Crowne Plaza was actually the first hotel I ever stayed at Anime North. It’s a pretty good hotel. The service is good and the amenities inside the room are nice. However, again the distance between everything is an issue. Either you take a nice hilly walk up the bridge, or take the long way. Or wait for the shuttle bus. And you can’t really take public transit because the hotel is located in between bus stops.

+If you’re into the gaming programming, this is where it all happens! The Sheraton is THE gaming hotel. I’m not sure if gaming is 24 hours at AN. But if it is, you can play video games all night and play whatever you want since there’s hardly anyone there at night!
+I personally liked how the public transit bus stop is right at the Sheraton. Quick and easy bus ride to the Delta/TCC

-My biggest issue – airplanes are a part of AN. But many of the flight paths fly RIGHT over the Sheraton Hotel. It is freaking noisy most of the day because of this! I could not sleep properly because of all the damn airplanes flying over. And without sleep, I am not a happy man. So that’s why I haven’t stayed at the Sheraton ever since. It’s a shame: it’s a nice hotel.

-If you’re more into the programming taking place at the Toronto Congress Centre or the Delta, you’ll have to walk over the bridge every time, or wait for the shuttle bus.

Overall: The Sheraton is a very nice hotel, probably one of the nicer ones. But because of the airplanes flying right over the hotel, I haven’t stayed there since.

+Very close to most of the action, especially the Toronto Congress Centre. You’re literally right beside the convention centre!

+Although they’re busy, you’re also right beside a bunch of restaurants. Some fast food, some sit down.

-When I stayed at the Radisson, the rooms were outdated and the service and the hotel service was pretty subpar from what I remember

-One of the more difficult hotels to book. Either hotel rooms go fast, or in some years they’re not available as an Anime North discounted rate (sometimes I believe they reserve these rooms for staff or guests)

Overall: I admit it’s been a few years since I’ve stayed at the Radisson, so perhaps my experience is a bit outdated. But from what I remember, the hotel was very close to the convention centre which I liked. I also remember the hotel being similar in quality to the Delta; pretty average or subpar. It’s kind of funny how similar those 2 hotels are!

+Most spacious rooms out of all the hotels I stayed at AN (had a sink in the living room; very convenient for bringing guests over!)

+It worked for me because the bus stop was right beside, only 1 bus stop away from the Sheraton, 2 bus stops from TCC/Delta

-If you don’t have a car or transit pass, the Embassy is a considerably far walk (about 20 minute walk to TCC/Delta, 10 minutes to Sheraton). That may or may not be long for you. But if it’s 30+C, you’re going to be very sweaty if you’re in a bulky cosplay

Overall: This hotel is far away from the convention, but not all the way to the airport. Because there was a TTC bus stop right beside the building, it worked well for me. I saved $30-$40 from the other hotels, and it was a good hotel room. I enjoyed the Quality Suites and I might stay there in the future. I don’t think Anime North offers discounted rates with Embassy Suites anymore though.

+This is when I first started attending Anime North. I actually lived pretty close to the convention; only 30 minutes with the bus. And best of all, it was free!
-Not having the advantages of a hotel: Other than bag check, there is nowhere to store your cosplay stuff. You’ll have to carry around a bag with you the whole time. Changing in the hotel/convention washroom isn’t as nice as having your own room. And at some point, you’ll have to leave the convention and go home.

One year, a bunch of my friends and I stayed at our buddy’s place, who also lived close to AN. It was good because he let us stay for free and let us leave our cosplay stuff at his place. The only downside was that at the time, there was no 24 hour bus service. So I had to walk back to his house at night. It was still a relatively long walk and with the shoes I was wearing, it wasn’t very comfortable. I might decide to do this again next year, now that I can take the bus at night. To save a lot of money that way.

So those have been my experience with the hotels and accommodations I’ve stayed at Anime North. What’s your favourite hotel you’ve stayed at AN? Let me know! 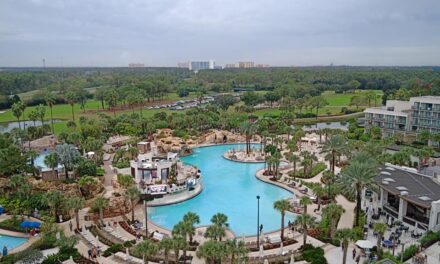