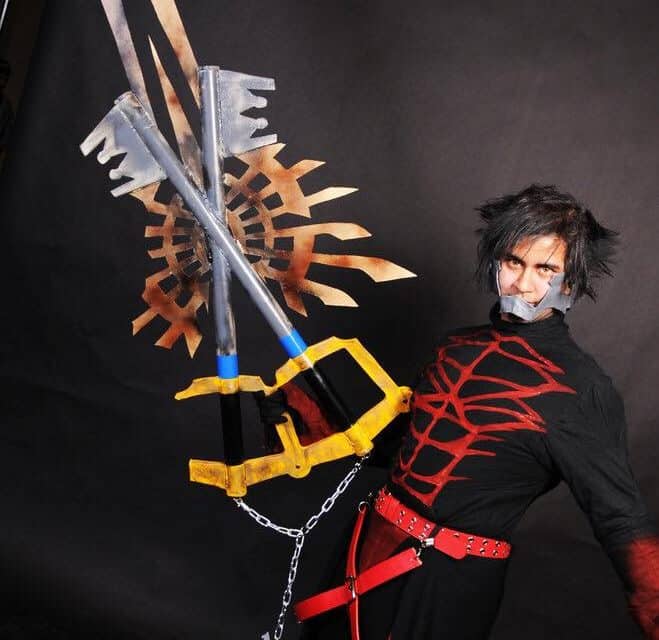 I want to try something new and exciting for this blog! So now I will have a feature called Senpai Spotlight. This is where I interview someone from the cosplay community and you get to hear their story. About how they got into the community, what they specialize in and helpful advice based on their own experiences. With the Senpai Spotlight, I will transcribe the interview and also make the audio file available for you guys, for those who want to listen to the whole thing.

I will try to keep the guests as diverse and unique as possible, so you get an interesting perspective when it comes to cosplay. 🙂

My first guest for the Senpai Spotlight is Tora!

Known as Kingz Court on Facebook and ToraKingz on Instagram, he’s a veteran cosplayer in Toronto who specializes in everything Kingdom Hearts. Tora is also an expert in making props for cosplay, and he has made some badass Keyblades for his KH costumes.

Check out what he had to say in my interview with him, including how he got into cosplay, his unique method of choosing characters to cosplay and whether his ethnic background plays an influence on his cosplays!

Senpai: How did you get into cosplay?

Tora: I didn’t get really get into the cosplay community for the first few years. I didn’t know anyone or make connections right off the bat. I had my own group of friends where we went to cons together.

It came after a few years of attending cons that I got to see the same people over and over. We established connections after a few cons. With repeated instances of meeting people, I got integrated into the con scene.

And there wasn’t really much of a con scene at the very beginning. Because a lot of people back then came with their own group of friends as well. But we started branching out…and increased from there.

So about 3-4 years going to cons did I find myself integrated into the con community that way.

Senpai: Which con did you feel that you met a lot of cosplayers?

Tora: Anime North definitely. Anime North was my first main con. Back in the day, Fan Expo used to have CNAnime and that was my next big step (in the community).

Tora: My favourite nerd series of all time is Kingdom Hearts! I got into it back in 2002; still very much into it. It’s one of my main things I go for in terms of me cosplaying or finding friends. Or just representing the series as a whole.

Senpai: Back in the day, you’d never see a sophisticated prop being made!

Tora: Yeah and if you did, it’s someone who had a lot of money or a lot of time on their hands. But back then, not a lot of people did. So I wanted to make my own Keyblade and found some tutorials.

I (also) had a bit of a knack for (prop making) because of my artistic background in general.  My dad got me into a little bit of carpentry so I know how to use some basic power tools. So I started making stuff out of wood at the time and trying to see what other people did. And I just gradually got better.

Senpai: Do you make your own cosplays or do you get your cosplay through other means?

Tora: I don’t have any sewing ability whatsoever. Whenever I need some cloth material, I either end up buying it online or off of somebody selling it. Or I’ll have someone commission it for me. There are times where I made stuff that was armour-centric on top of regular clothing. But mostly no, I don’t make my own costumes.

Senpai: And that’s totally fine. Not everyone can sew or do that stuff. I’m the same way! Let’s talk about Anime conventions. What would you say is your favourite Anime convention as of right now?

Tora: It would probably be YetiCon. It’s very relaxing when we go there; there’s not a lot of pressure like you have of a regular con. There are a lot of activities that can be done inside and outside of the con. You do things at your leisure. A lot of people go to YetiCon for a stress-relief experience, to get away from everyday life.

Senpai: What are some things that you didn’t like about cons and why?

Tora: Some things I don’t like about cons; the programming isn’t always the greatest or some cons exist just for the sake of it. Some periods (in the Greater Toronto Area), we don’t have a con for like over a month. And someone makes a con during that period and it ends up being disappointing. It’s usually disappointing for a number of factors. One of the major ones I find is generalized programming with not a lot to do.

Sometimes (I dislike cons because of) location, lack of guests or not really favourable guests that don’t appeal to the general audience.

Senpai: Are guests at conventions a big deal for you?

Not me specifically but I know that some people go to cons for the guests.

Senpai: That’s really interesting. I mean, I’m like the total opposite. I’ve never really been big on guests coming to cons…unless it was Shigeru Miyamoto!

Tora: There was Hamilton Comic Con and I normally don’t go it because I’m not really into Western comics and Western media as much. But Jason David Frank who was the original Green Power Ranger, was going to be there. That was the first time that Canadians had access to him without leaving the country. (In this case), I went to that con specifically for that guest. But it’s rare that I even do that for that sort of thing.

Senpai: Which cosplays do you plan on doing this year? How do you choose characters?

Tora: Now it’s sort of come down to if they have a cool weapon! Because I can order in a costume. But if they have a really cool big weapon that I like, then I want to be the character with this really big weapon.

Or if they have a cool transformation that appeals to me, then I’d like to try to do that as well.

Sometimes I like to build upon my older stuff. (For example), I’ve been cosplaying Sora for the last 10 years. I didn’t want to stop doing (Sora), but I wanted to make an improvement to it. Last Anime North for instance, I made a cardboard Gummy Ship. I was cosplaying Sora wearing the Gummy Ship. I was wandering around that con that way and that made things a lot more exciting for people. Because it wasn’t just Sora; it was Sora with another thing.  So if they have a cool weapon or cool accessory, that’ll help me figure out if I want to do the character or not.

Sometimes there are characters that I wanted to do when I was younger, that I didn’t think I could pull off. For a lot of different reasons, like my race. For those who don’t know, I’m ethnically South Asian but I cosplay a lot of lighter-skinned characters. That doesn’t mean to say I alter my skin tone or anything. But you can definitely tell I’m a brown guy cosplaying a white character for instance. Sora is a white boy but I’m a brown boy!

Senpai: When it comes to skin tone, does it limit the characters you cosplay or not?

For example, I’m going to go back to Sora. He’s a very young boy versus me, where I have the build of an adult male. So because of that, I don’t have to worry about me looking like a little boy but I try to make it so that his costume is proportionate to me. So like Sora with my body type, if that makes sense.

Granted, there are some characters I’ve cosplayed that are older than Sora and have a similar body type to me. So that makes it easier. For example, I’ve cosplayed Noctus from Final Fantasy XV and he’s definitely an adult male, versus Sora being a young boy. So I don’t have any issues cosplaying Noctus.

I also did Cloud from Final Fantasy VII. Back when I was younger, I felt like I wasn’t able to pull off an adult male. Now I feel like I can, so I do.

At the end of the day, it doesn’t matter what our body types are. But it does also help that we find characters that fit closer to our body types.

Senpai: If there’s one thing you could change about the cosplay scene, what would it be for you?

We are a community but I’d like to see more of the togetherness (of a community).

Senpai: Are you referring to nitpicking on a cosplay?

Tora: Not specifically but that can fall under it. For example, there are 2 people cosplaying the same character. Not to say that they will but I don’t want to see one of them being like, “Yours is really good!” and the other being “Yours needs more work.” I rather see, “Oh we’re doing the same characters! Let’s get a photo together!”

Senpai: Really? My experience has always been the latter, where I see the same characters and I’d want to get a photo together. Have you experience the former, where someone criticizes your cosplay for not being as good as someone else’s?

Tora: I’ve seen it happen. I used to do it way back in the day. I try my best not to (do that) now. I try to get excited about people doing what they want. Whenever someone (cosplays) and does something better than what I’ve done, I try to talk to them and ask them how they did it and how they executed something. And that’s what I mean when I say I want to see people supporting each other.

There’s always a good kind of criticism; I don’t like to see the negative kind. If we can see less of that (negative criticism), that would be great.

Senpai: I think that some people don’t realize that some cosplayers don’t actually want criticism of their cosplays. They’re not trying to enter a Masquerade or cosplay contest, they’re just putting on a costume and having fun.

Senpai: What advice would you give someone who wants to enter the cosplay or Anime convention scene?

Tora: To be patient, mostly. I know a lot of people who operate with a sense of instant gratification. (For example), if they’re not immediately good at it, they will not do it and that will limit creative flow. I would say for people to be patient; take your time and ask for help.

Senpai: That’s definitely true. It takes time to get better at something. Even back in our day, the cosplays in the past weren’t as good as they are today.

Tora: A lot of people have improved significantly. For whatever reason that is, whether it’s accessibility or people having a natural knack for being better.

We’re all awkward. We’re all weird. (But) we’re all here to have fun!

Senpai: We’re all weebs. We’re all here to have fun!

If you have any questions for Tora or suggestions for future Senpai Spotlights, let me know in the comments! 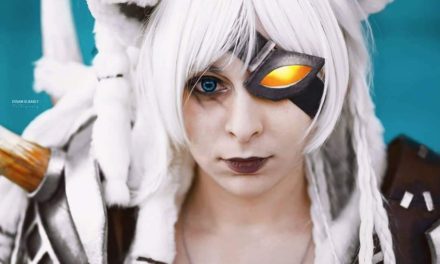 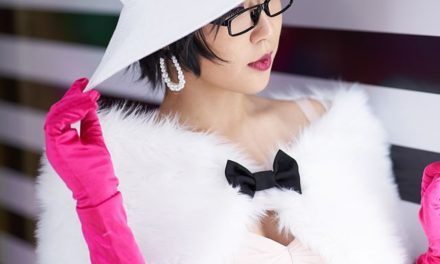 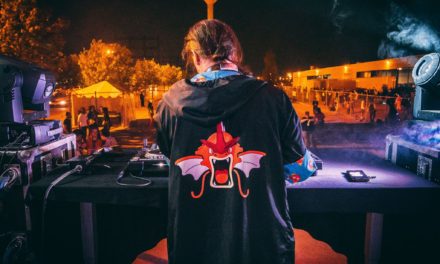