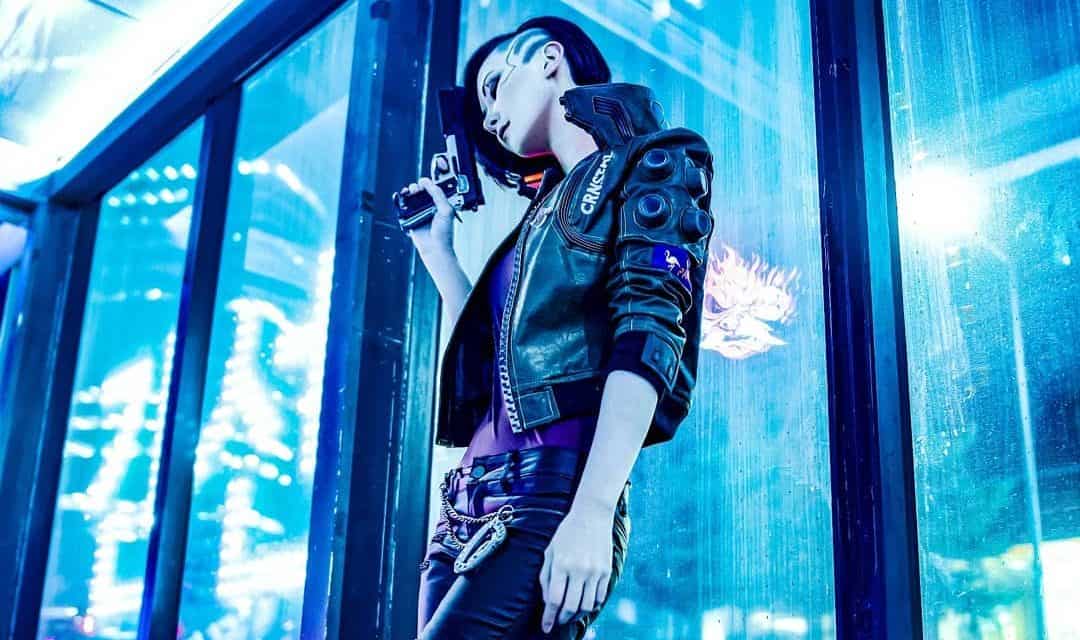 Of all the cosplay idea posts I’ve done (and if you want to see a summary of them, click here), I haven’t done one for video games surprisingly! And although I’ve done a few posts for specific video game series, I haven’t dedicated an entire post yet for everything video games. So let’s change today!

While it may not seem like it, Neptune is a character from a video game series called Hyperdimension Neptunia. Set into the fictional universe of Gamindustri (how creative right?), the show is a play on the video game console wars, where four goddesses that represent each video game console fight to stay alive and win the console war. Neptune is one of these four original goddesses/consoles. Hyperdimension Neptunia sounds like a pretty serious plot but it’s actually pretty light-hearted. You should definitely try to cosplay her goddess form, as shown here!

2. Chloe Price from Life is Strange

The most notable character from Life is Strange, Chloe Price is a badass punk!  Even though the game is a few years old now, she’s still an iconic character who pretty much everyone will recognize.

Pair your Chloe up with a Max Caulfield or Rachel Amber from Life is Strange, and you got yourself a nice duo/couple cosplay.

Protagonist is the main character of the popular RPG game, Persona 5. Like all P5 characters, their outfits are totally beautiful, fun and amazing. Having worn a Protagonist cosplay myself, I totally enjoyed it. It was easy and comfy to wear. And the checkered-pattern pants will definitely complement you if you’re tall; those pants will make you look like you’re a tall dude! Protagonist is a great choice for a video game cosplay.

Raiden Shogun is a character from Genshin Impact. She is an Archon, aka a God in the game with super-strong powers! There have been tons of Raiden Shogun cosplayers and for good reason. Not only is her outfit super hot, but everyone likes her character design. I mean, who doesn’t want to dress up as the Electro Archon who pulls a sword out of her chest?

Ah Cyberpunk! If you’re into video games, then you’ve definitely have heard about Cyberpunk 2077. It’s a game that was hugely hyped before its release. After all, it was being created by the same developers who made The Witcher 3, another amazing game. Cyberpunk 2077 has seen its ups and downs.

But with the game’s glitches being fixed and a recent Anime adaption (Cyberpunk: Edgerunners), the game has seen a surge in popularity again. So what better time to cosplay Cyberpunk than now?!

6. Nessa from Pokemon Sword and Shield

Nessa is a cute-looking gym leader who specializes in water types. Like most Pokemon cosplays, her outfit is really simple to do. Nessa in particular would work well with outdoor/summer conventions like YetiCon!

Edelgard is from the critically-acclaimed game, Fire Emblem: Three Houses. If you’ve already played the game, then you know that you either love or hate Edelgard! She is the next-in-line emperor for the Adrestrian Empire, and also the leader of the Black Eagles House. She has a very serious personality and demeanor, and focused solely on her goals and ambitions. But whatever her desires are, they come from a place of good intentions.

Who doesn’t love Fate/Grand Order? It’s a mobile game based on the popular Fate series. With so many amazing characters to choose from for cosplay, including Ishtar, Fate/Grand Order is a game you should consider cosplaying from! One of the cooler video game cosplay ideas!

D.va is basically the mascot character of Overwatch! There have been many different variations of her cosplay over the years, but by far her most popular one is of course the bodysuit version. D.va is pretty easy to cosplay as you can find her bodysuit in many cosplay stores, due to her popularity (if you’re looking for the best cosplay websites, click here to check out my article about it). And you just need a brown wig, headset and a nerf gun to bring along with you!

Amber is an Outrider of the Knights of Favonius in Genshin Impact (aka part of the Montstadt royalty). She is a master glider and specializes in using the bow! Although Paimon may be the true ambassador and mascot of Genshin Impact, I say Amber is also a poster girl for this game with her looks and cool-looking outfit. If anyone has played this game, they’ll definitely know who Amber is!

The leader Spark has got that snazzy look. I myself enjoyed cosplaying him. All you need is super-spiky hair, a leather jacket, yellow sweater and black jeans.

12. Evelynn from League of Legends (K/DA)

Originally meant to just sell skins for League of Legends a few years ago, K/DA has become a phenomenon that mostly everyone loves, to this day! Evelynn is one of the members of K/DA!

If you follow my blog, then you know that I’ve cosplayed Marth many times. I can tell you it’s a lot of fun cosplaying him! His outfit is marvelous and being to dress up as The Prince of Fire Emblem is super epic! His outfit is more complex than your casual cosplay for sure. But it’s totally worth the effort to spend the extra money or effort to get his outfit.

14. Timmy and Tommy from Animal Crossing

Animal Crossing has been hugely popular recently, mainly because of the most recent game for the Switch, New Horizons. When good ol’ Tom Nook gets rich in the game, he has Timmy and Tommy helping out with the shop! Timmy and Tommy is another good choice if you want to cosplay with a friend. All you need is an apron, ears and a spot on your nose to look like the little tanuki. Add a little dot on your nose to make you look even cuter!

I’m really feeling it! Shulk is the main character of Xenoblade Chronicles, and he carries his fairly unique sword with him, called the Monado. When he was first announced for Smash 4 (i.e. the Wii U and 3DS versions), there was a lot of hype for him. But his popularity peaked a long time ago. Still, Shulk is a character worth cosplaying!

If you thought the original version of Ahri looked great, then you’ll be happy to know that Ahri also has their now-famous KDA version. In this version, Ahri ditches her ironic red coloring and black hair and replaces it with the black leather leotard-like outfit and with blonde hair! Which version of Ahri is better for cosplaying? I’ll let you decide on that one. Or you could always do both 🙂

Mona is the broke astrologist with an awesome fashion sense: leotard, high heels, fancy hat and astronomy-themed outfit. With her powerful spell casting and ability to see the stars like a true astrologist, Mona definitely thinks highly of herself. She reminds me of Rin Tohsaka from Fate!

Byleth is the main character of Fire Emblem: Three Houses. And what’s great about Byleth is that you can choose between Male Byleth or Female Byleth at the start of the game! Although Byleth is a semi-silent protagonist, they do have a bit of personality. Byleth ends up becoming a teacher for the students in the Monastery. Professor Byleth is someone that your students look up to, whether they’re on the battlefield or in casual support conversations in the game.

Not only is Pokemon GO popular, the mobile game also has some great characters worth cosplaying, and Candela is one of them! She is the leader of Team Valor (aka the red team) in Pokemon GO. Even though I’m forever Team Instinct, I have to show my appreciation for the other teams like Blanche and of course Candela. She is the Valor boss!

One of the most iconic characters from Final Fantasy, Tifa is a huge fan favorite from Final Fantasy VII. And with the remake still in development with 2 more parts of the trilogy to be released, you can bet that FF7 will be popular for years to come! (If you want more popular cosplay ideas, click here to see the list.)

Keqing (pronounced Ka-Ching $$$) is one of the members who watches over the Liyue region in Genshin Impact. Unlike her colleagues, she questions whether the structure is sustainable and thinks humans can run the show on their own. Keqing’s outfit is really nice and one of the easier ones to craft yourself, which is why I think so many have cosplayed her already!

Now who doesn’t know who Chun Li is? 🙂 Chun Li was one of the first female characters in fighting games, so her status is legendary. She is a fighter that can kick some butt! Not only that, she is a hot female cosplay you should totally try out. If you have naturally black hair, you can forgo the wig (if you want to know more about cosplaying without a wig, click here). But if you don’t, she is fairly easy to cosplay as.

Yae Miko was introduced during the Inazuma arc of the story as the Head Maiden of the Grand Narukami Shrine, as well as a close friend of Raiden Shogun. Since then, she’s been a popular character up to this day! She is a popular character in the game because of her sly personality! Yae is a gorgeous-looking character based off the Kitsune. And her personality is so sassy and mysterious, you can’t help but be intrigued by her.

As mentioned earlier, Persona 5 is a very popular series, and Futaba is one of the main characters in the game. Futaba looks great as a cosplay! Most of the things you need to cosplay her involve regular clothing. And her big glasses make her look all the more cool! She’s really easy to cosplay.

How can you not love Nurse Joy? She’s the one that heals your team at the Pokemon center after a hard battle! With the Anime she became even more notable, especially with Brock falling in love with her. Nurse Joy is a great choice, because almost everyone knows who she is. All you need to cosplay her is a pink wig and her hospital gown and headwear.

To summarize, here are the 25 video game cosplay ideas you should try:

And there you have it; 25 video game cosplay ideas!

If you have any questions or comments, leave them in the comments below! 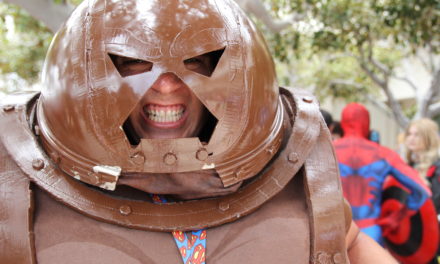 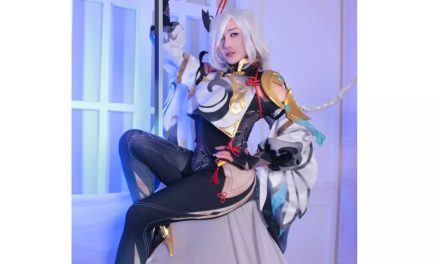 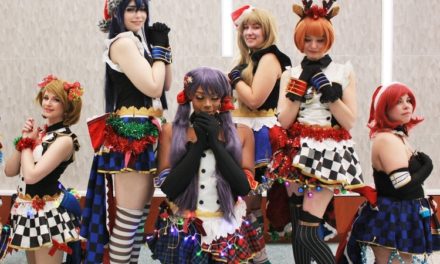 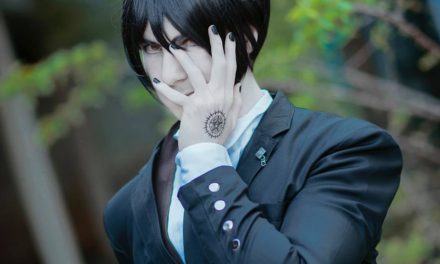 10 Easy Cosplay Ideas For Guys (Not Everyone Should Do #7 Though!)