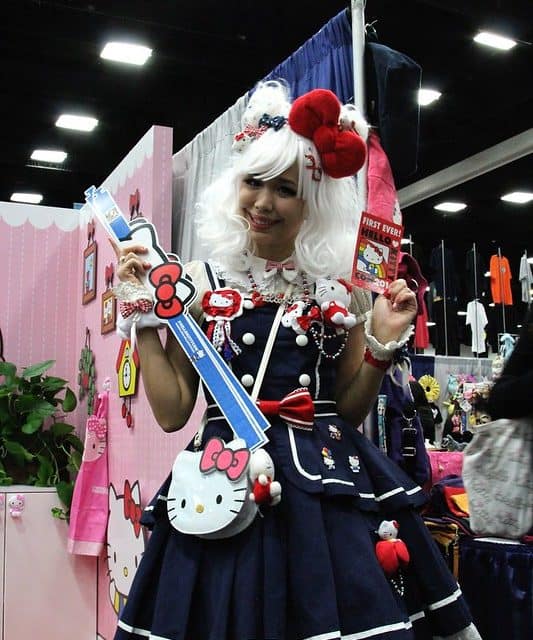 Are you looking for kawaii cosplay ideas? Don’t you just love all things that are cute? Well if so, then you’ll enjoy this article.

In this post, I will give you 20 kawaii cosplay ideas to show how much you love cute characters. All of these are from a variety of different fandoms, including: Anime, video games or just straight up pop culture.

For most people, Hello Kitty is the face of Kawaii culture. Who doesn’t know who this cute little cat is? Customizing a dress to make it Hello Kitty-themed is a great way to show how much you love kawaii cosplay ideas!

Considered one of the best series of all time, Madoka Magica isn’t your typical magical girl show at all. But that doesn’t make Madoka any less Kawaii or cute!

Madoka is a lovable character and her outfit is awesome, making her a great choice for any Kawaii cosplay ideas! It’s similar to a maid outfit, just a lot of pink. If you’ve been to a convention in recent years (pre-pandemic), you’ve likely seen a Madoka cosplayer at some point. Her outfit is great!

If you love Kawaii magical girls and animals, then you’ll love Tokyo Mew Mew! While attending a zoo exhibit one day, the main character Ichigo runs into a cat (sound familiar?) and suddenly finds herself acting like one. Ichigo finds out that her DNA has been merged with a cat, giving her magical cat girl powers! From there, she and the other magical cat girls fight Chimera Animas, a group who turn animals into evil monsters. If you’re looking for a kawaii cosplay ideas with a bit of furry mixed in, then Tokyo Mew Mew is for you.

4. Totoro from My Neighbor Totoro (another popular kawaii cosplay ideas)

Who doesn’t love Studio Ghibli films? Totoro is one of the most recognizable characters at cosplay conventions (oh how I miss them). It’s such an adorable costume. You can opt for the entire suit, or go for a casual version like this photo.

Jigglypuff is a cute and iconic Pokémon character. It’s been in so many Pokémon games since the first generation, including every single Super Smash Bros! Jigglypuff was notably a running gag in the Anime too, putting everyone asleep with her lovely singing! So you can’t go wrong with cosplaying the Puff! Bring a microphone with you if you do.

Rem just has that kawaii look to her, and that’s why I put her on this list. Rem’s outfit is totally cute and awesome, which is why so many cosplayers dress up as her. You can also cosplay her sister Ram if you want to change things up.

7. Chocola and Vanilla from Nekopara

This visual novel game is definitely cute and adorable! Their outfits is similar to a maid dress, but I’d say they’re even cuter than that. 🙂

If you’re an Otaku or Weeb, I’m sure that Love Live is one of the first things you think of when Kawaii comes to mind. The series is full of cute characters such as Nico, Eli and Nozomi. Which outfits are Kawaii? Pretty much all of them! P.S. Love Live is the perfect kawaii cosplay to form a group, by the way.

For you younger readers of this blog, you may not know of Ouran Host Club. But it was one of the most popular Anime shows a decade ago. Ouran is full of adorable and loveable characters and while they may not fit the stereotypical Kawaii look, most of the characters are definitely considered cute.

Umaru is definitely kawaii! Her personality may totally be different at home. But when she’s out in the real world, she definitely displays her cute traits. Her outfit is pretty easy to wear; it’s pretty much a modified onesie. Not much has to be said about Umaru-chan; A cute chibi character with such lazy and sloth habits when at home!

Sylveon is a beautiful-looking fairy type Eeveelution from Pokémon X and Y. Even though the game has been out for a while, Sylveon is still a relatively popular Pokémon cosplay. I’ve seen many variations of Sylveon: you can just wear its signature pink ears, do a leotard version or go all out with Worbla armor. Either way, Sylveon is definitely a Kawaii Pokémon!

Miku is now an iconic character of the kawaii movement in my opinion, so I had to include her here. One of the most popular characters to cosplay, Miku has transcended the Otaku culture to the point where she has her own virtual concerts! So you can’t go wrong by cosplaying Hatsune Miku; she is one of the poster child of anything kawaii.

I think we can all agree that Dragon Maid is super Kawaii! But by far the cutest character is Kanna. With her adorable horns and shining outfit, Kanna is a great choice if you want to cosplay a kawaii dragon girl.

I had to include a kawaii cosplay ideas that is pretty obscure to most of you. 🙂

This one is from way back in the 80s! Creamy Mami is a classic series that’s completely different from the magical series today. Yuu Morisawa is more of a slice-of-life heroine than fighting true evil, and her costume is not that complicated; it’s basically a puffy dress with purple hair while wearing heels!

If you want to be original, you don’t have to do Hello Kitty. You can cosplay her best friend, My Melody! You could see she’s even more Kawaii than Hello Kitty. 🙂

16. Pikachu (one of the biggest mascots of kawaii)

The most iconic Pokémon of them all! Not only is Pikachu the mascot of the series, it’s also a big part of Kawaii culture. No matter which way you decide to cosplay Pikachu (casual or hard-core), you’ll have no problem with anyone not recognizing you.

Everyone’s favourite cute bear! We always think about buying the stuffed bear or buying accessories with Rilakkuma on it. But how about cosplaying it? Either you can cosplay a casual Rilakkuma with like a dress or shirt. Or you can go all out with a full suit like in this photo!

18. Klara from Pokémon Sword and Shield

Another character from the (relatively) new Sword and Shield game, Klara happens to be your rival in the Isle of Amor expansion pack. She’s a cute-looking character worth cosplaying. I’d say out of the non-Pokémon characters in the series, Klara has got to be the most Kawaii!

If you’re looking for a cute/kawaii magical girl to cosplay, then Sakura Kinomoto is totally for you! The nice thing about cosplaying Sakura is that she has a lot of different outfits to choose from. You can go for her school outfit or one of her many transformation costumes (like the one in the photo). Be sure to carry her wand when you decide to pick one!

One of the main characters of Dragon Maid, Tohru is a female dragon who has been brought to the regular world. In her human form, she’s a cute and bubbly girl. Her outfit is really cool so if you want to be a dragon maid, Tohru is your girl!

These are some bonus ideas. I want to know that these are NOT Kawaii costumes, but generally outfits/fashion styles associated with kawaii culture.

Last but not least, we have Decora. This costume idea is pretty common at Anime conventions (link) and during raves. Who doesn’t love colourful fashion?

Harajuku is a popular district in Tokyo, Japan. The area has influenced fashion in a lot of ways, including kawaii culture.

Another popular fashion style based on Victorian-era clothing, Lolita is definitely part of kawaii culture as well!

And there you have it; 20 kawaii cosplay ideas for you! Now you have all the more reason to dress all cute for your next photoshoot or convention (when they eventually return).

I wanted to make this post because there are so many ways to dress up kawaii and it doesn’t have to involve one particular look or style. You can dress cute in a variety of ways!

If you enjoyed this post, check out my other articles related to this:

Which kawaii cosplay ideas do you plan on dressing up as? Do you agree with my picks? Let me know your thoughts in the comments below! 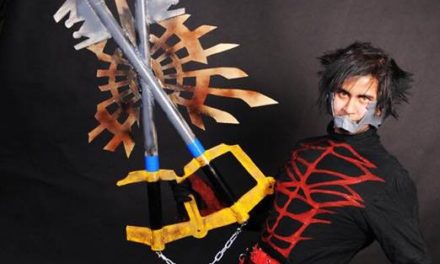 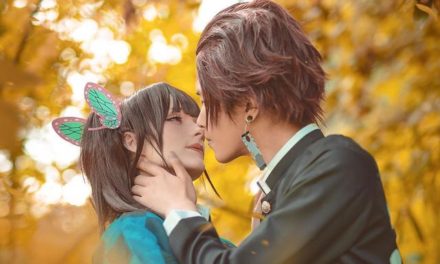