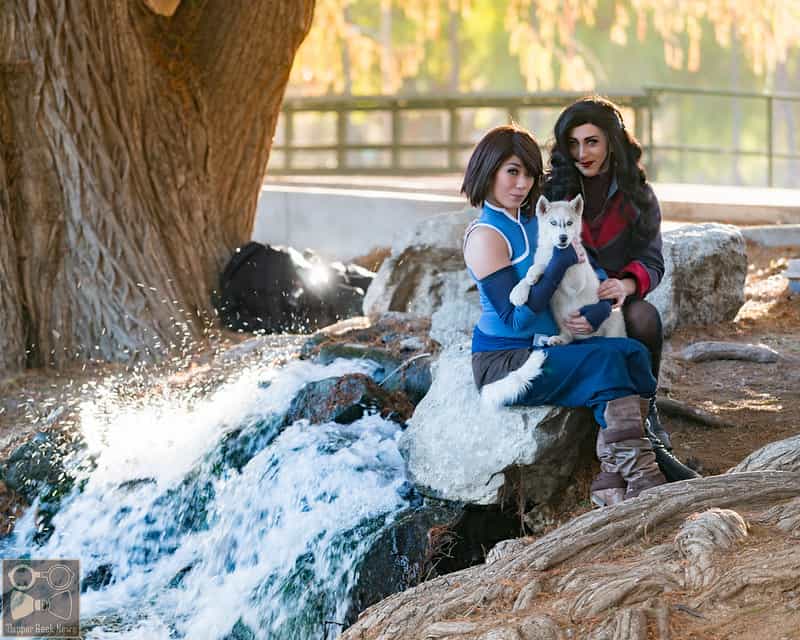 Okay, so I should have done this lesbian cosplay (or LGBT cosplay ideas) about a month ago. I apologize! I’ve been so busy with life…even during a pandemic. In any case, I wanted to make a cosplay post for you LGBT couples out there. If you’re looking for a couple to cosplay together, then look no further! This article is for you. 🙂

In this post, I’m here to show you 15 LGBT cosplay ideas you’ll love! No matter your gender, orientation or body type, you can cosplay any of these characters with your significant other. These are mostly from Anime and video game series.

NOTE: Some of these couples may include spoilers for their video game or Anime series, so be warned!

My friend told me that originally, Black Butler was meant to be a Yaoi series. But the author decided to change it to the series we still love today! Although I’ve seen heterosexual couples cosplay Sebastian and Ciel, you can totally do them as a lesbian cosplay or any type of LGBT couple.

I sometimes forget that Ciel is actually a male, so technically if you were to ship him with Sebastian, they would be a gay couple. They make a great pair. But if you don’t want to be cliché and cosplay the two main characters, then you can also cosplay Claude and Alois.

2. The Last Of Us Part II – Ellie and Dina (underrated cosplay lesbian couple)

Of course I had to include the most significant LGBT couple in the most talked about game of 2020. The Last of Us Part II makes huge strides with LGBT themes in video gaming. Cosplaying Ellie and Dina will be incredibly easy to cosplay, since they both wear regular clothing. Just add some weapon props to make your costumes look even cooler!

3. Yuri on Ice- Yuri and Victor

The name of the series says it all. Yuri and Victor is a cute skating couple worth shipping and cosplaying! The best thing is that both of them are relatively easy to cosplay because of their casual clothing (and fabulous hairdos). If you’re looking for more easy cosplay ideas for guys, click here.

When we think of Sailor Moon, we think of the main character Usagi and her love interest, Tuxedo Mask? But did you know there are also cosplay lesbian and gay couples in this series? One of them is Haruka and Michiru! They’re both easy to cosplay; you just need the matching sailor scout outfit.

Everyone loves Avatar. But I’m sure we all loved the final scene between Korra and Asami even more so! Why not show your love for the Avatar series by cosplaying two of the most loved characters in The Legend of Korra? If Avatar sees a revival in cosplay for 2021, then Korra and Asami will be an awesome lesbian cosplay choice!

If one of you don’t want to be Max, you can swap her for Rachel Amber instead.

Everyone knows who Harley Quinn and Poison Ivy are. But did you know that they’re actually a couple?! Yes, the writers from DC confirmed that the two are in a romantic relationship (although you can argue that Harley is also in a relationship with Joker). So the next time you and your partner hit up a cosplay convention, try doing Harley Quinn and Poison Ivy. They’re a lesbian cosplay ideas worth doing and shipping!

In the early parts of 2010s, Hetalia was one of the hottest cosplays at conventions! For good reason too: the characters are lovable and had a lot of funny moments. Each character represents a country and you can pretty much ship any character together. Hetalia cosplays work any kind of couples, including lesbian cosplay. Here are some examples of countries/characters you can put together:

While they technically did not romance in the series, you could argue that Madoka and Homura would make a great cosplay lesbian couple together! Many cosplayers dress up as both characters together, and it wouldn’t be off if you and your partner cosplayed them as a romantic couple.

If you haven’t played the Fire Emblem: Three Houses yet, you should know that there are LGBT couples in the game! It all depends who you (Byleth) decide to marry at the end. Here’s a list of confirmed characters that are either gay or bisexual:

Not only can Byleth marry same-sex characters, the side characters can match up this way too (depending on your team lineup and their supports). Really though, you can choose whichever character you want from Three Houses and pair them up with someone else. In the support dialogue, it’s not crystal clear what their sexual orientation may be. So if you want to cosplay Dorothea and your partner wants to cosplay Petra, by all means you can pair the two up and be a lesbian cosplay couple!

11. Attack On Titan – Christa and Ymir

I mean, you can cosplay mostly any character from Attack On Titan and they would work as a cosplay LGBT couple. However, Christa and Ymir would totally make the perfect cosplay lesbian couple. So I highly recommend you do those two if you plan on cosplaying a couple from Attack On Titan!

Sadly, I don’t have a photo of Emily since rarely anyone cosplays her. But she is the love interest of Tracer, the main character of Overwatch. This multiplayer FPS has been so popular over the last few years, and Tracer is a cosplay that many people love to do. What better way to show your love for Overwatch and your significant other by cosplaying Tracer and Emily? A perfect lesbian cosplay couple!

13. The Rose of Versailles- Oscar and Marie

The Rose of Versailles is a very old series, but it’s known for having an awesome story and being one of the first manga/Anime to have any LGBT relationship. If you and your partner have a taste for cosplaying a couple that’s fairly obscure, then Oscar and Marie are the perfect couple for you two!

Another couple from an older series, Utena and Anthy are a wonderful choice if you’re looking for a lesbian cosplay couple! Revolutionary Girl Utena is all about challenging gender roles, and it does so really well. What better way to show your love for this wonderful series by cosplaying the main character and her love interest?

The latest Animal Crossing game for the Switch has LGBT inclusivity! There are two characters in the game, CJ and Flick, who are male and confirmed to be partners. So if you and your significant other are looking to do a more casual cosplay – or you’re both Animal Crossing fans – then consider cosplaying CJ and Flick!

To sum up the list, here are the 15 Lesbian Cosplay (or LGBT) Ideas:

And there you have it; 15 LGBT Cosplay Lesbian And Gay Ideas You Should Try!

If you’re looking for more cosplay ideas, then check out these other posts I’ve made:

Did I miss any LGBT couples worth cosplaying? What do you think of the ones I listed? Leave a comment below and let me know! 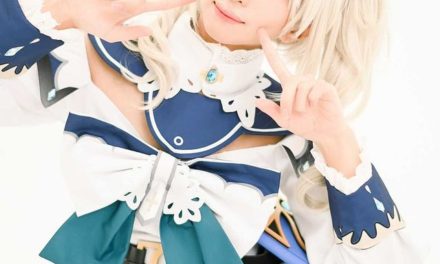